Participants will experience live professional performances of a variety of musical styles and wind instruments. Northeastern State University's nationally recognized wind faculty will present classic and contemporary works that are representative of the standard body of instrumental solo repertoire.

CEU: 1.1 10 hours of individual practice to perform for guest artist

Participants will rehearse in like-instrument ensembles. All participants are encouraged to rehearse and perform on their instruments. These ensembles will be lead by Northeastern State University faculty members, and will utilize repertoire that represents standard and/or under-appreciated works.

CEU: 1.2 10 hours of practice in preparation, two hours of rehearsal

Spring and Budde will perform a recital of solo literature for clarinet and tuba, respectively. This performance will demonstrate technical proficiency of skills like tone production, range, dynamic control, flexibility, as well as musical skills such as artistic phrasing and expressivity. Additionally, participants will be exposed to a wide breadth of repertoire for these instruments. 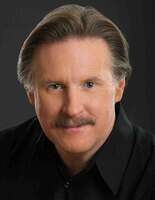 Dr. Robert Spring has been described as "one of this country's most sensitive and talented clarinetists", Arizona Republic, "dazzled his audience...flawless technique", The Clarinet Magazine, and "a formidable soloist...played with great emotional life" Copenhagen, Denmark, Politiken.

Dr. Spring is also a guest professor at the Beijing Central Conservatory of Music. He is a Buffet Artist, and plays the Buffet Greenline Clarinet exclusively.

Dr. Budde's research trajectory involves investigating various teaching methods in an effort to find more effective ways to teach tonguing/articulation to young musicians. His dissertation study, An Analysis of Methods for Teaching Middle School Band Students to Articulate (University of Minnesota, 2011) was a first step in this regard. Dr. Budde is an active performer (tuba) and clinician.

He is a member of the St. Anthony Brass Quintet, an ensemble that represented the United States during performances at the 2014 Harbin Summer Music Festival in China. In addition, he has performed in numerous Twin Cities ensembles, including the Minnesota Orchestra, St. Paul Chamber Orchestra, National Lutheran Chorale, Lake Wobegon Brass Band, and VocalEssence. 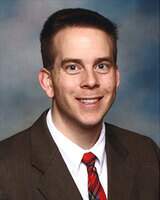 Dr. James Adams was appointed the Director of Bands and Associate Professor of Music at Northeastern State University in 2016, after serving as Director of Bands for eight years at Valley City State University in North Dakota. He conducts the Wind Ensemble, Marching Band, Pep Band, and Communiversity Band. He teaches general and advanced instrumental conducting and applied trombone, euphonium, and tuba.

Dr. Adams is active as a guest conductor, adjudicator, and soloist, and is member of the College Band Directors National Association, and a lifetime member of the International Trombone Association. He currently lives in Tahlequah with his wife and four children, where he also works as a piano technician and does gold-plating for instrument mouthpieces.

Dr. Anne Watson joined the music faculty at Northeastern State University, in Tahlequah, OK, as assistant professor of clarinet and music theory in the fall of 2008.

An active performer, Dr. Watson served as principal clarinet with the Arizona Opera Orchestra of Phoenix, AZ for 10 years and in 2004 was named as finalist to the New World Symphony Orchestra in Miami, FL. She is also one of the founding members of the Ironwood Trio, a clarinet trio that performs throughout the United States.

In the summer of 2011, Dr. Watson performed her inaugural season as principal clarinet with Light Opera Oklahoma (LOOK). She has also performed with the Tulsa Symphony, Tulsa Ballet, Tulsa Opera, The Phoenix Symphony, Ballet Tucson, Tucson Symphony, Tulsa Oratorio Chorus and since 2005, she has been a recording artist with the Carl Fischer Music Co.

She actively performs as a local musician with touring Broadway productions, including Wicked, The Light in the Piazza, My Fair Lady, and Michael Bourne's Swan Lake and has performed on stage with such names as Michael Crawford, Anne Murray, and Michael Martin Murphey.

Dr. Watson has been a featured soloist with the 2003 Society for Electro-Acoustic Music in the United States (SEAMUS) convention and at the 2003 International Clarinet Association Convention in Salt Lake City, UT. She has also been a soloist at the 2010 Texas Music Educators Association Convention (San Antonio, TX), the Arizona State University Percussion Ensemble, and Claribel of Ostend, Belgium.

Dr. Watson holds degrees from West Texas A&M University (BM), where she won the University's Concerto Competition at the age of 18 and Arizona State University (MM and DMA), where she completed a Doctor of Musical Arts degree under the tutelage of Robert Spring. Dr. Watson has also studied with Doug Storey and Nancy King Sanders and in the summers of 2001 and 2002, she attended the Belgian Clarinet Academy in Ostend, Belgium, where she studied with Eddy Vanoosthuyse, Luis Rossi, and Howard Klug. 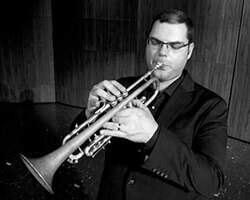 He currently serves as Instructor of Music (Trumpet/Theory) at Northeastern State University in Tahlequah, OK. Prior to his appointment at NSU, Mr. Hay served as Adjunct Instructor of Music at Tulsa Community College, where he taught applied trumpet, applied horn, music theory, jazz improvisation, and chamber brass. Ben is also completing a Doctor of Musical Arts degree in Trumpet Performance at the School of Music at the University of Oklahoma.

Ben is a member of Tulsa's Signature Symphony and frequently performs with the Symphony of Northwest Arkansas and the Tulsa Symphony Orchestra. Additional performances include appearances with Tulsa Opera, Tulsa Oratorio Chorus, Frontier Brass Band of Oklahoma, and the New Mexico Symphony Orchestra, to name a few. A frequent recitalist, Mr. Hay has performed guest solo recitals at the University of Arkansas, University of New Mexico, Pittsburg State University, and Oklahoma State University, among others. Ben has performed as a soloist with the Signature Symphony, the Symphony of Northwest Arkansas, Tulsa's Starlight Band, as well as numerous high school and college ensembles.

An avid chamber musician, he has performed with Tulsa Camerata, the faculty brass quintets of the University of New Mexico and Northeastern State University, and the brass quintets of Symphony of Northwest Arkansas and Tulsa Symphony. Mr. Hay has had the privilege of sharing the stage with a wide range of the world's top performers such as JoAnn Falletta, Benjamin Zander, the Irish Tenors, Bernadette Peters, and Johnny Mathis.