A native of Oklahoma, Farren Mayfield attended Jenks Public Schools from K-12. During high school he played guitar in several metal, and funk bands until discovering the piano. He immediately fell in love with the instrument and began private lessons. After high school, Farren acquired an associates degree in Liberal Arts from Tulsa Community College, and transferred to Northeastern State University in Tahlequah. Farren spent the next four years there, studying piano with Ronald Chioldi and guitar with Randy Wimer.

After Northeastern State University Farren moved to Norman and studied Piano Performance and Pedagogy at the University of Oklahoma. He studied piano with Howard Lubin and Pedagogy with Jane Magrath, and Barbara Fast while there. After grad school, Farren operated a private piano studio in the Jenks & Tulsa area, teaching around 40 students. After four years of private teaching he decided to move back to Tahlequah for college teaching, and performance opportunities in 2009.

Farren currently serves as Collaborative Pianist at Northeastern State University in Tahlequah, Oklahoma. He is an instructor of Class Piano, Music Appreciation, and Rock Music History and also teaches in the NSU Community Music Academy. Throughout the year Farren collaborates with numerous faculty, guest artists as well as working with Opera & Musical Theatre, University Singers, and University Chorus. Since 2009, Farren has played in the River City Players band, while directing the band since 2016.

Farren is the co-founder of Salon House Concerts, a bi-monthly series featuring musicians from the region. He has been a collaborative artist for many competitions including the Crescendo Music Awards held each year in Tulsa. His recent solo projects include a recital titled Creatures of Light and Dark , which included various character pieces ranging from gnomes to gargoyles, and a recital titled Dances for Piano , ranging from Bach to Bartok to Piazzola. Farren's current project is a recital involving video game music in different mediums.

Farren leads, and plays mandolin in a Tahlequah group called Bear Creek Troupe. Their focus is Celtic dance music, and ballads. Additionally, he plays mandolin in the Tahlequah Mandophonics; a group that specializes in a variety of octet arrangements for mandolins, mandola, mandocello, guitar, bass, and flute. 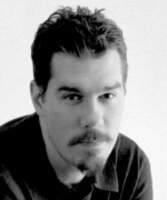