Iain Anderson grew up in England, came to the United States for graduate school, and subsequently taught at Dana College, Nebraska, and Nebraska Wesleyan University. Dr. Anderson joined the History Department at Northeastern State in January 2016. He has published articles on various aspects of African American music, including nonprofit sponsorship of jazz and the commemoration of slave music, and a book titled This Is Our Music: Free Jazz, the Sixties, and American Culture (University of Pennsylvania Press). He also works on research projects relating to the formation of transnational identities among Danish immigrants and the scholarship of teaching and learning history.


Dr. Corcoran is a Boston native and a career educator. He has taught history and social studies in secondary schools in rural and urban communities of Maine, New Mexico, and Massachusetts. He has lived and taught in Colombia and Ecuador as well. Dr. Corcoran earned a Ph.D. in Latin American History from the University of New Mexico in 2011. His research examines the development of inter-American education and culture in the mid-20th century. As an academic historian and a committed classroom teacher, Dr. Corcoran is passionate about supporting aspiring educators and elevating the teaching of social studies in our nation's schools.


J. Suzanne Farmer is a native of Southeast Arkansas who joined the faculty at NSU in the fall of 2011. Dr. Farmer graduated summa cum laude with a B.A. in History and Political Science from the University of Arkansas, Monticello. She received her M.A. in History with an emphasis on early modern Europe from Western Illinois University and earned a Ph.D. in History with a concentration in British history from The University of Mississippi. Dr. Farmer's research examines the relationship between politics and the economy in late-seventeenth century England by exploring the political participation of wealthy merchants during the Restoration. She is currently working on turning her dissertation into a series of scholarly articles.


Farina King is Bilagáanaa (Euro-American), born for Kinyaa'áanii (the Towering House Clan) of the Dine (Navajo). She was born and lived on the Navajo reservation as a small child, until her family moved to Maryland. Dr. King's main area of research is colonial and post-colonial Indigenous Studies, primarily Native American experiences of colonial and boarding school education. She has authored several articles and a book titled The Earth Memory Compass: Dine Landscapes and Education in the Twentieth Century  (University Press of Kansas, 2018). She joined the History Department at NSU in August 2016. Learn more about Dr. King at farinaking.com.

Dr. Owen is a native of Texas but grew up in Georgia, graduating from Carrollton High School in 1977. By junior high, he knew that he wanted to be a history professor. Obtaining degrees in history from the University of Georgia, Baylor University and Emory University, Chris taught at Centenary College and Wake Forest University before coming to NSU in 1992. Growing up in the Bible Belt, he came to appreciate the role of American religious life and began doing research in religious history at Emory University. He has published books on religion in American society and the conservative intellectual Willmoore Kendall.


Denis Vovchenko grew up as part of the Russian minority in Kazakhstan in the former Soviet Union. He studied for his B.A. and M.A. in Byzantine and Modern Greek Studies at Moscow State Lomonosov University. He earned a Ph.D. in Modern European History and the Middle East from the University of Minnesota. Inspired by his religious and cultural heritage, together with a love of learning new languages, Dr. Vovchenko has written several articles about the religious and political aspects of Russia's relations with the Balkans and the Middle East. His book, Containing Balkan Nationalism: Imperial Russia and Ottoman Christians (1856-1914), is published by Oxford University Press. 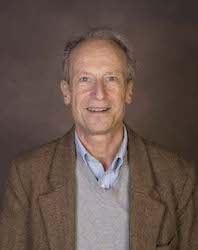 Norm Carlisle grew up in the state of Maine. He has taught a variety of courses at NSU, including American History, Western Civilization, English composition, and first-year French, since 2000. 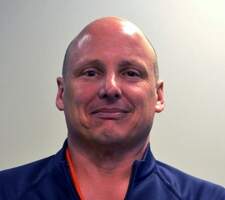 Marcus Edison holds bachelor's and master's degrees from Northeastern State University. Mr. Edison has taught face-to-face and online survey courses in History and Political Science at NSU since 2008. He also works in the transportation industry and performs duties as a certified Referee Instructor, Referee Assignor, and referee in soccer. 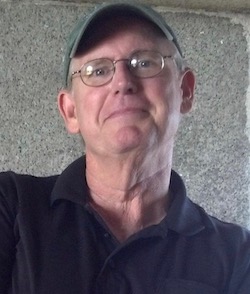 Russell Lawson is from Tulsa and has taught in Oklahoma, New England, and Ontario. He has published fiction, nonfiction, and reference books on scientists, explorers, and the history of ideas. Dr. Lawson teaches American history at NSU. 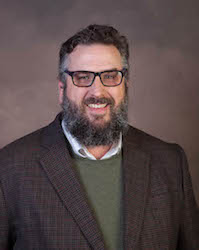